This is a page about terrains in Tucson, Arizona. For information about other petanque clubs and locations, visit the Arizona page.

Overview of terrains in Tucson Edit

Tucson has many public parks, and almost every park offers at least one good natural terrain. Many of these terrains are good. A few are truly great.

Because of Tucson's hot, desert climate, in the summer it is best to play in the early morning and at dusk (the 90 minutes before sunset are great).

Most of the park is a grassy soccer field, but there is a rest/picnic area that has a hard-dirt surface that makes a very nice open terrain. It has big trees for shade, park benches, and about half a dozen parking spots. Bring a leaf rake to tidy up the area.

The park is located in the Harold Bell Wright Estates, east of Wilmot between Speedway and Broadway. 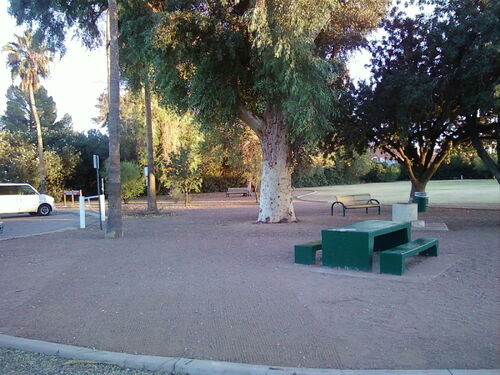 There are three bocce courts in Udall park that are used pretty regularly by bocce players. 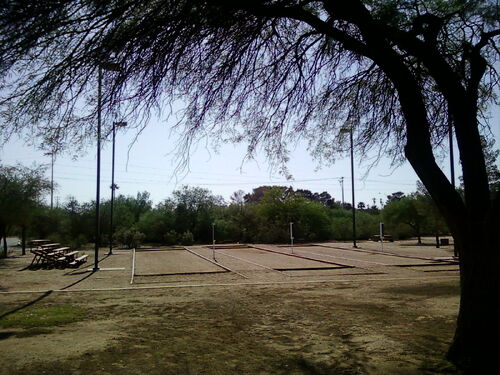 For a natural terrain, walk past the bocce courts to the large open area behind them. A pretty good natural terrain, although there isn't much shade (play when it is cool, or in the evening) and you have to play around the ground-squirrel holes! 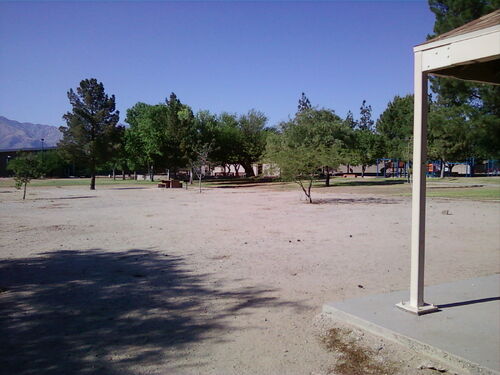 Retrieved from "https://american-petanque-directory.fandom.com/wiki/Tucson_terrains?oldid=5628"
Community content is available under CC-BY-SA unless otherwise noted.