How to make a safe email address[]

See our page on making a safe email address

About petanque in Washington state[]

There are several active pétanque clubs in the Puget Sound area— the Seattle Petanque Club, the Edmonds Petanque Club, and the Port Townsend Pétanque Club. The Walla Walla club is also active.

Sundays at 1:00 pm, year round, at the Bellevue Downtown Park, 10201 NE 4th St, Bellevue, WA 98004, behind Alvin Goldfarb Jewelers (map) Bellevue is an eastern suburb of Seattle, just across Lake Washington from downtown Seattle. The control table will be located just inside the park's east entrance, which would be at 3 O'clock on the walking circle around the park. This access point is just off the west side of Bellevue Way, behind Goldfarb Jewelers. Parking is very limited there, so we recommend parking in the garage on the west side of the Bellevue Square Mall. Spaces are almost always available on the ground level, south side, adjacent to NE 4th Street. Cross 4th at the light, bear left and down towards the east entrance of the circle. 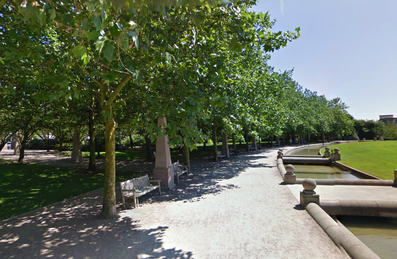 On Saturdays at 1:00 pm you may find us on the large gravel areas of Lake Union Park in Seattle, on the south side of the Museum of History and Industry (MOHAI) (map)

We play at two locations:

__OTHER AREAS IN WASHINGTON STATE__[]

Community content is available under CC-BY-SA unless otherwise noted.
Advertisement